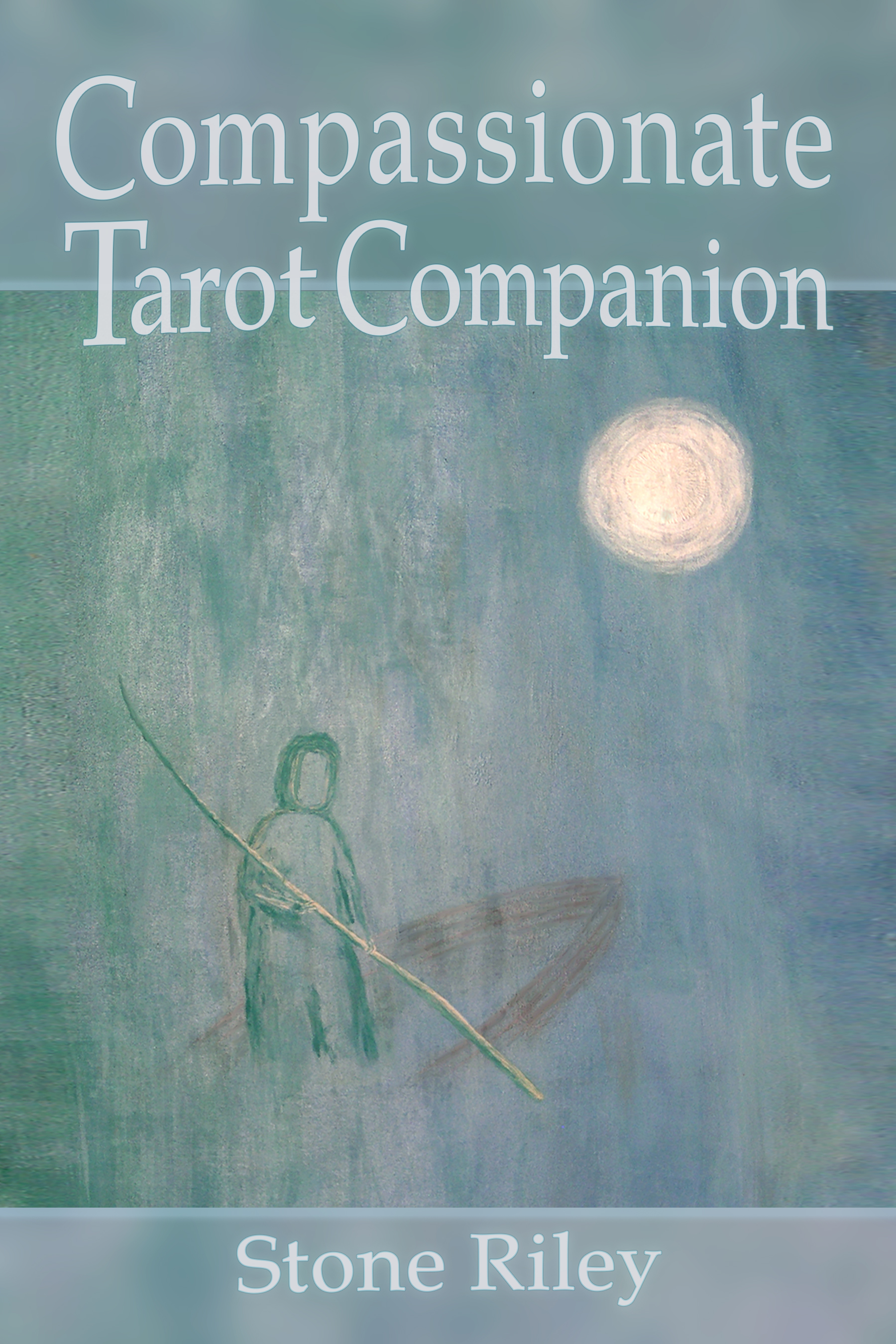 Each member there stood up and storytold for a minimum of seven, and a maximum of ten, minutes, and my contribution is below.

It’s gathered from several places in my new book “Compassionate Tarot Companion”, and it was well received.

Note on style: This is narrative verse as informative essay, so it has a very even rhythm, inviting the listener to reason.

~~ Spoken informally to the audience ~~

In recent years I’ve been making story poems instead of prose;
I feel I’m reviving an ancient HEROIC art;
And with narrative verse any rhyme or rhythm may be crucial.

So with your kind permission,
I will read from a very original 6-page script about:
The near shore of the universe.

I wrote a book about FORTUNETELLING this year.

An informative introduction to a very huge universe; And it teaches by telling stories.

I started work this past spring, with a commercial publisher at first. I’d seen a notice from them seeking manuscripts of the sort, and assembled a sketchy sample, which they liked;

But in the fall they didn’t like the finished piece, so I SELF-PUBLISHED, and just now got the final proof, in time for holiday gifts to friends.

I HAD to publish it. It’s a book I always hoped to write; Been trying to understand this much about this subject since I was a young guy, and there it is.

In case you haven’t guessed; YES, I AM a fortuneteller, ever since an escape from death in my youth, after which I took it up.

First I’ll ask you this: Do you MEDITATE? Do you have a meditation practice in your life?

Ever since that escape from mortal danger in my youth, I’ve had a kind of Zen Buddhist flavored Yoga practice.

In Zen Meditation, surely yours too, you find a sensation like everything opens around you; You’re in a vast open place where your vision clears.

Your petty thoughts fade; your deep thoughts come clear, and even Time changes when you’re there; And you can move around if you try.

My guess: in Modern Science terms we are experiencing QUANTUM PHYSICS.

Tarot Reading for example, or Aura Work, what do you do? You go out to that vast place, and bring back something useful.

Surely in all forms of Shamanism across the world: THAT is where you go for doing Shaman Work. It’s so common, I think we Humans EVOLVED to walk there.

As you might guess, the best part is helping people talk with their DEPARTED LOVED ONES. Spirit Mediumship it’s called in our culture; And it is truly magnificent and sublime.

The great novelist Tolstoy said something I think’s true: Tolstoy said: “The only fit subject for art is death.”

Death is in our thoughts from birth. A little infant takes a fright and howls as deeply as Poet Ginsberg howled; howling to stay alive.

Helping someone talk with their so-called-dead: My first time doing that, I was already well advanced in some other branches of the work.

I was good with Tarot Cards especially, and helping people with the Energy Field in and around your body, what America calls your Aura.

And certainly I’d heard Spirit Mediums tell about their work several times; But I had no idea how beautiful it would be.

And one of these, a young lady, telephoned to say a young lady friend of hers had just lost her brother in a CAR CRASH; so would I do some Spirit Medium work?

I said yes, of course, and they came right over, both looking like they’d been weeping for hours.

Well, I knew enough to get it started.

We went in my small dining room, and sat at my small dining table, where I often did cards; but I’d arranged the drapes for dim light. I led a calming breathing exercise.

So there we sat at the square table, they to my left and right;

And thru her kerchief, thru her sobs and tears, the bereaved told of her beloved brother’s sudden death, with no chance to say goodbye.

And as I closely watched her face, to clearly hear her thoughts, from the corner of my eye beheld something I’d never seen before:

It was like the table’s fourth side went on much farther than it did, into some distant shadows, and it seemed the shadow of someone’s aura sat there.

But then looking at the apparition did not bring it clear.

Still, I knew enough to get things started; I asked if she’d brought a token of her brother; some small object the so-called-dead person often carried, but surely my student had explained.

For from her breast pocket by her heart, the lady took her brother’s Drivers License, with his photo on it, surely in his pocket when he died, and smiling trust to me, she handed that.

I knew what’s next: Pressing that card to my forehead, on the spot called your Sixth Chakra or Third Eye, with my eyes tight shut, I looked again across the table, .. ..

There he sat, clear but rather transparent and far off.

Opening my eyes and handing back the card to her, I still saw him there, a flickering appearance.

And I heard something only I heard;

So I told her how it works: “He is here; he can hear you, and I’ll tell you what he says.”

I would speak for him to her,
Of their undying sibling love;
And she would wipe away her tears.

This procedure I described has a name: “Spirit Mediumship”.

It’s a Modern American way of talking with the so-called-dead. It began in our New England region, in the middle eighteen-hundreds, striving to be a RELIABLE APPROACH.

Cultures thru the ages around the world have had other ways. Often it will be DREAMS, or trance induced by chants, always skills kept in folklore.

But in Europe, folk traditions were lost in the long-long Religious Wars.

A straightforward conversation at a table! On a NEAR SHORE of the Universe! All sincere comers welcome! Open for anyone to learn and use!

Development of this theory and practice began in the eighteen forties, in this region.

Then you know what really shaped this practice as we usually do it now?

In the spring of 1861 it began: The US. CIVIL WAR, with horrible mass causalities and mass sorrow;

And New England was firm on the Anti-Slavery side; people here not feeling need for religious salvation from slavery’s guilt.

The Civil War: Spirit Mediums of New England quickly stood to duty, connecting countless departed soldiers with their grieving loved ones, in this realm of the Universe!

A simple conversation at a table! On a near shore of the Universe! All sincere comers welcome! In less than half an hour, as we usually do now!

And the war of that time, MY WAR, .. our country’s war in Vietnam; That horror had sharpened MY fear of death to a gleaming point.

But then that day’s brief conversation changed my life. It was beauty I could know is true.

Life DOES NOT end at physical death, IT JUST DOES NOT!!

Leave your comments here. BUT remember this is for the public to read. Cancel reply